The Sunday Times reviews Reverb 2012 at the Roundhouse 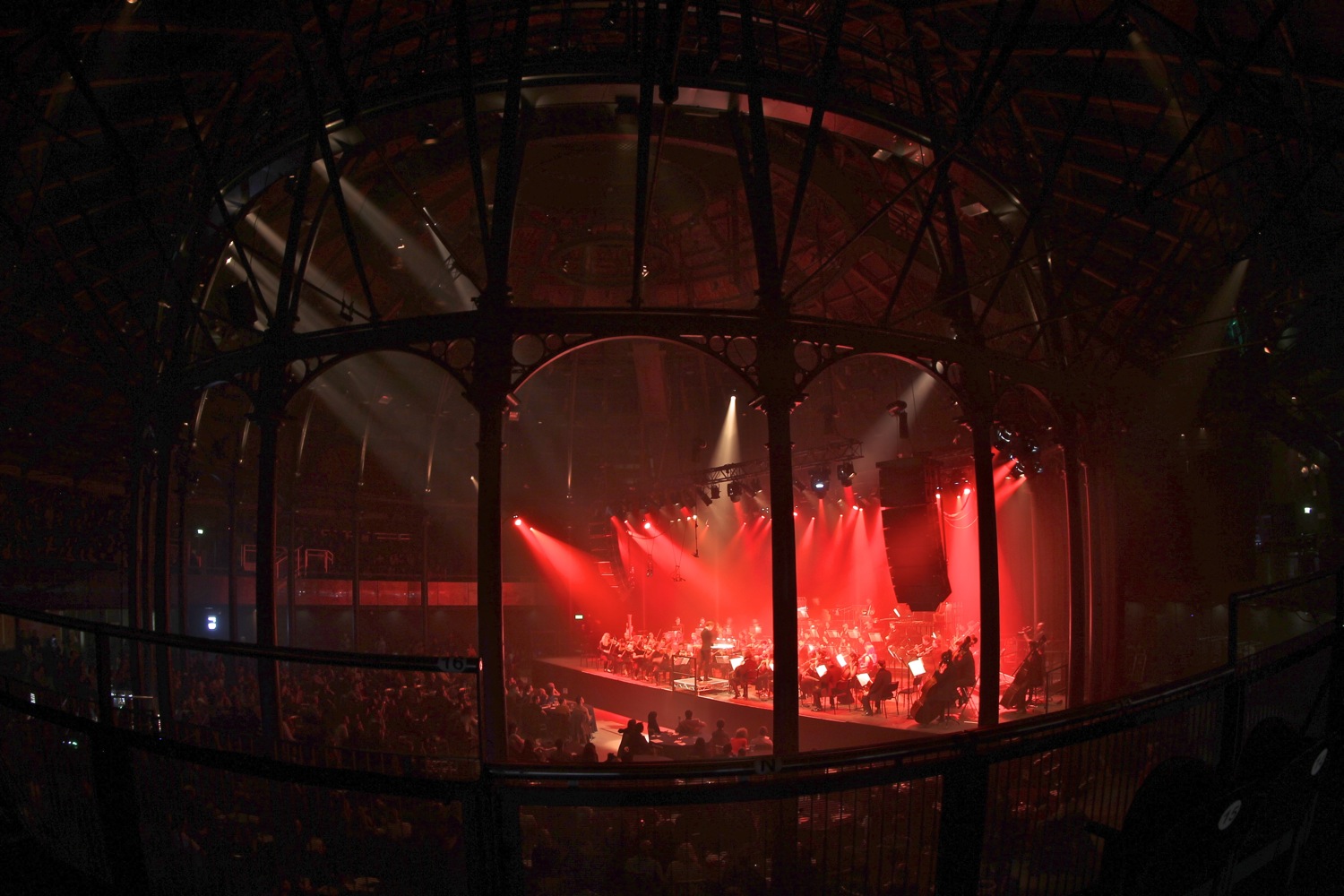 I was intrigued by the little website video trailing this year’s Reverb festival at the Roundhouse, in Camden. Participants such as the singer Imogen Heap, the conductor Hugh Brunt, the composer Gabriel Prokofiev, and the DJ Richard Lannoy gave their halfpennyworth, the gist being that classical concert-going, with its rigidly seated, unbibulous, theoretically silent audience, needs a kick in a certain place. The Roundhouse, once a shed in which trains turned around, and hence, as Heap points out, already imbued with a quasi-musical “movement”, is seen as a clean-slate, culturally neutral but reliably atmosphere and electric.

They don’t mention that the place has its own tradition in this respect. From the 1960s to the early 1980s, it was the cool base for much adventurous, fundamentally classical music-making, notably the BBC Symphony Orchestra concerts conducted and explicated by Pierre Boulez. The Reverb concert I attended, by the London Contemporary Orchestra under Brunt, struck me as quite an admirable return to this territory, without the discussion element, but with a new element of discreet clubbing.

Although Lannoy scoffs at the idea of asking someone not to talk when the music is playing, and I expected distractions to be rife, I was amazed to find the audience more manifestly attentive than practically any I’ve been in recently. As soon as the performance started, a sort of reverent rapture seemed to descend on the 1,000-odd souls, some at cabaret tables, some in the galleries, but a great crowd standing. The Roundhouse is far bigger inside than it looks from the street – as big, almost, at the Albert Hall – and the disposition of platform and audience, the lack of clutter between the columns, revealed the place in its full rotary splendour. The occasion was, indeed, very like a BBC Prom, and made one feel that that institution should reclaim the space forthwith. Late-night Proms here would be as though the Albert Hall, gone modular, had merely been adjusted slightly, with a funkier approach to lighting.

Club light provided a lurid yet never irritating backdrop for the youthful, remarkably large orchestra in the smokily darkened hall. When it began the first item, Xenakis’s eight-minute, rawly and grandly dissonant Metastasis, I felt that music had gained a new excitement out of the blue. Gabriel Prokofiev’s Concerto for Bass Drum and Orchestra, receiving its European premiere with a doughty soloist in Joby Burgess, certainly showed there’s a lot one can do with, and to, such an instrument, here slung on a serious wrought-iron frame; and the accompaniment had a pleasant, mostly motoric efficiency. He wanted, he says in the video, to reflect the prevalence in everyday life of those kick-drum thuds one hears coming out of cars and house everywhere; but Thomas Adès did this more subtly 15 years ago in Asyla.

Claude Vivier’s exotically coloured, large-orchestral Orion, dating from 1979 and a piece on the cusp between Messiaen’s manner and French “spectralism”, made a powerful statement. But best of all, for me, were the 10 minutes allocated to Stockhausen’s Elektronische Studie I. Emitted from giant speakers into the resounding dome, this quintessence of modernity (though created back in 1953) seemed to find its natural occasion here. The horizontal unfolding turns mysteriously into vertical space, as though one looked at a vast, planetarium-like picture, and there is no sense of ending.

Electronic music of another sort – DJ sets by Lannoy, then Prokofiev – filled the intervals, and a good time was surely had by all. It was striking that these were not the usual faces seen at many a modern-music event, but satisfying that what was on offer shouldn’t, after all, be so far removed from standard classical procedure: the overture-concerto-symphony pattern that may be a kind of archetype, unsupplantable but beautiful.