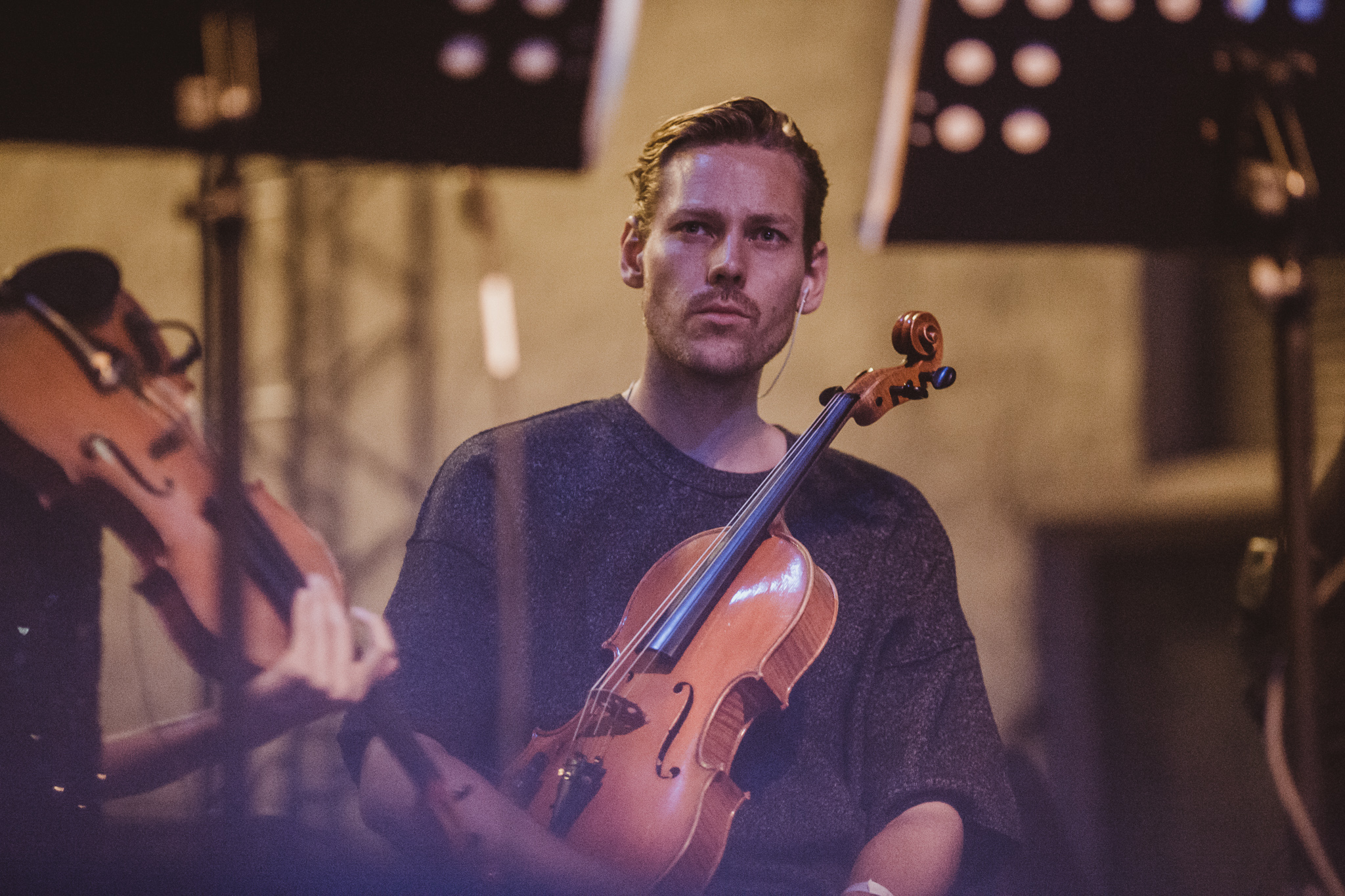 If we told you that our guests had collaborated with the likes of Radiohead, Beck, Jimmy Page, Foals and Goldfrapp then you might think we were talking about some globe-trotting super-producer. In fact, we’ve been talking to the London Contemporary Orchestra (LCO) who have enjoyed working with all of the above and many more, including the minimalist composers Terry Riley and Steve Reich, in recent times. Their live performances of Jonny Greenwood’s score from There Will Be Blood to packed audiences – with Jonny Greenwood in the orchestra on ondes Martenot – and their integral contribution to Radiohead’s Mercury-nominated A Moon Shaped Pool, are testament to an orchestra at the forefront of contemporary music making, defying genres and any preconceived ideas about what an orchestra can be.

Can you describe the LCO’s approach to music making in five words?

Hugh: Our aims, at least: to be inquisitive, bold, curious, focused, free.

Where do you find your instrumentalists and what do you look for?

Rob: When LCO started in 2008, we worked with friends and colleagues who we met at music college in London and who were doing exciting things on the London scene at the time. We are always looking out for new musicians and are extremely lucky to work with such a great bunch of open minded people. Many LCO players are soloists, chamber musicians, improvisers, producers, promoters and composers, as well as being instrumentalists, which creates a really interesting atmosphere at rehearsals.

You performed for us at our Selector PRO event in Moscow earlier this year, continuing your collaboration with Actress. This was a standing, talking audience. How did you find the performance?

Hugh: It was great to play in Moscow again, one of our favourite cities to tour to. Last year we performed with Jonny Greenwood at YOTASPACE and that show had a similar feel to this one with Actress; amazing, direct energy from the audience, and the players really feed off of that.

Is a more relaxed setting for classical music important to nurture a new audience?

Hugh: The aim for us is to set up an atmosphere that allows the listener to engage as directly as possible with the music. Of course, it depends on the nature of the content and the space. For our recent performance of Feldman’s ‘Rothko Chapel’ at the Roundhouse we thought about the room almost as a secular cathedral and looked to set up something very fragile and intense. And then our performances with Actress or Jonny Greenwood take a slightly different shape.

Do you think the classical music audience is changing or are their tastes or expectations changing?

Rob: I don’t know anything about a “classical music audience”. I’m not a big fan of labelling music. We perform great music that’s being written now in an interesting and exciting way. We have a young audience and tend to sell out shows. It seems there are a lot of people that are excited by the kind of music we play and are generally inquisitive.

Do you make a conscious attempt to attract new followers, or is the music you want to perform and the people you want to collaborate with the first and foremost considerations?

Rob: Me and Hugh spend loads of time listening and dreaming up concert ideas and collaborations. Attracting new followers is never a consideration. We genuinely just try to present music we believe is good in a way that it can be most effective.

Hugh: For us it’s really about the quality of the music and the strength of the collaboration, and we feel incredibly fortunate to have worked with Terry Riley and Steve Reich in recent months; composers whose music has had such a profound effect on the development of western music. Often we’ll look to be deliberately eclectic in the way we build a programme – we get excited by the idea that some of the audience will be drawn to a specific part of that programme but then come away having experienced something very different they might not otherwise have come across. An example would be our touring shows with Jonny Greenwood where we drew from a pool of works, old and new, by Messiaen, Xenakis, Michael Gordon, Edmund Finnis, Purcell, Schnittke, Mica Levi, J.S. Bach and Steve Reich.

Which of your other recent collaborations have inspired you, and why?

Rob: Actress and Jed Kurzel. With Actress we worked on building up new material from the ground up which involved a lot of interpreting Darren’s vision and working out how to make electronic sounds work on acoustic instruments. Jed Kurzel is a film composer who we have worked with on a few film projects now. He’s really pushing the boundaries of what a film score can be on a blockbuster movie and its great helping him achieve that.

Where do you see the LCO heading in the future?

Rob: Outside of London a lot more and we’re really keen to share what we are doing live outside of the UK.

Hugh: In January we’re performing the UK premiere of Arthur Russell’s ‘Tower of Meaning’ with two of Russell’s long-term collaborators, Bill Ruyle and Peter Zummo – that should be quite a special experience. And then later that month we’re at the Royal Festival Hall for a live screening of There Will Be Blood.

Can you suggest a few tracks that you’ve performed in recent times that resonate with you?