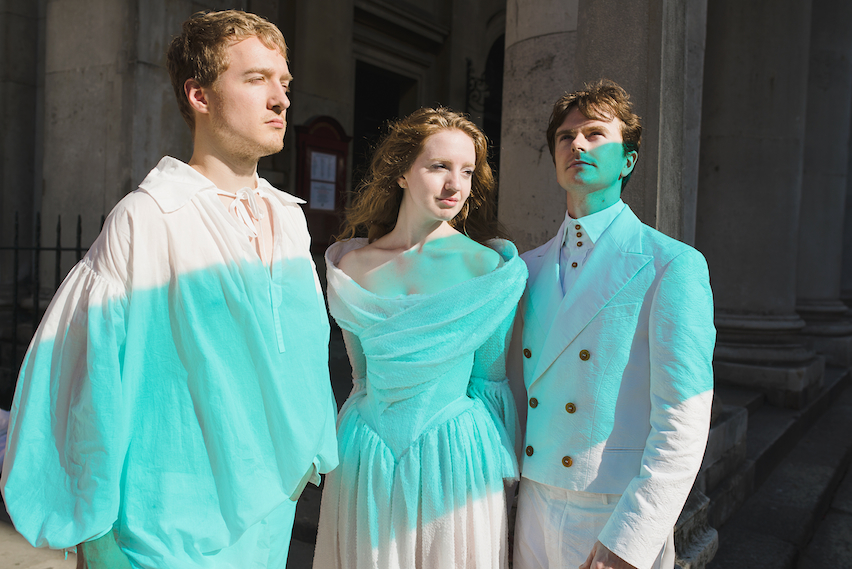 LCO is pleased to be collaborating with Vivienne Westwood for this Thursday’s performance of Stockhausen’s KLANG at the Roundhouse. Vivienne Westwood will dress both the male and female players in a series of ‘white’ ensembles from her Gold and MAN Label collections. “The looks will evoke a feeling of past, present and future to draw the audience further into a time-scape.”

With a design record spanning over forty years, Vivienne Westwood, the designer and iconic British brand is recognised as one of the most influential fashion designers in the world today. At times thought provoking and always avant-garde, the Vivienne Westwood brand is more than about producing clothes and accessories – its three dimensional culture also captures the imagination, raising awareness and generating positive action. Westwood’s innovation and timelessness is something she shares with Stockhausen.

“Great Art is timeless, it’s a vision we can share at any time. It touches something essential in human nature, a common reference ground for our imagination and aesthetic sense.” – Vivienne Westwood

LCO’s Imagined Occasions series presents three site-responsive performances in association with production and design team Helen Scarlett O’Neill and Harry Ross. The series seeks to engage its audience in a subtle participatory narrative, in which the audience are observers, creators, protagonists and the observed.

The performance will take place within Timepiece, a specially commissioned, large-scale light installation by leading British artist Conrad Shawcross, created in response to the Roundhouse’s iconic Main Space that will be on show for the month of August as part of the Bloomberg Summer at the Roundhouse. The programming of KLANG in response to Timepiece has in turn led Shawcross to synchronise the movements of the installation with the four musical ‘hours’.

Click here for more information and to buy tickets.