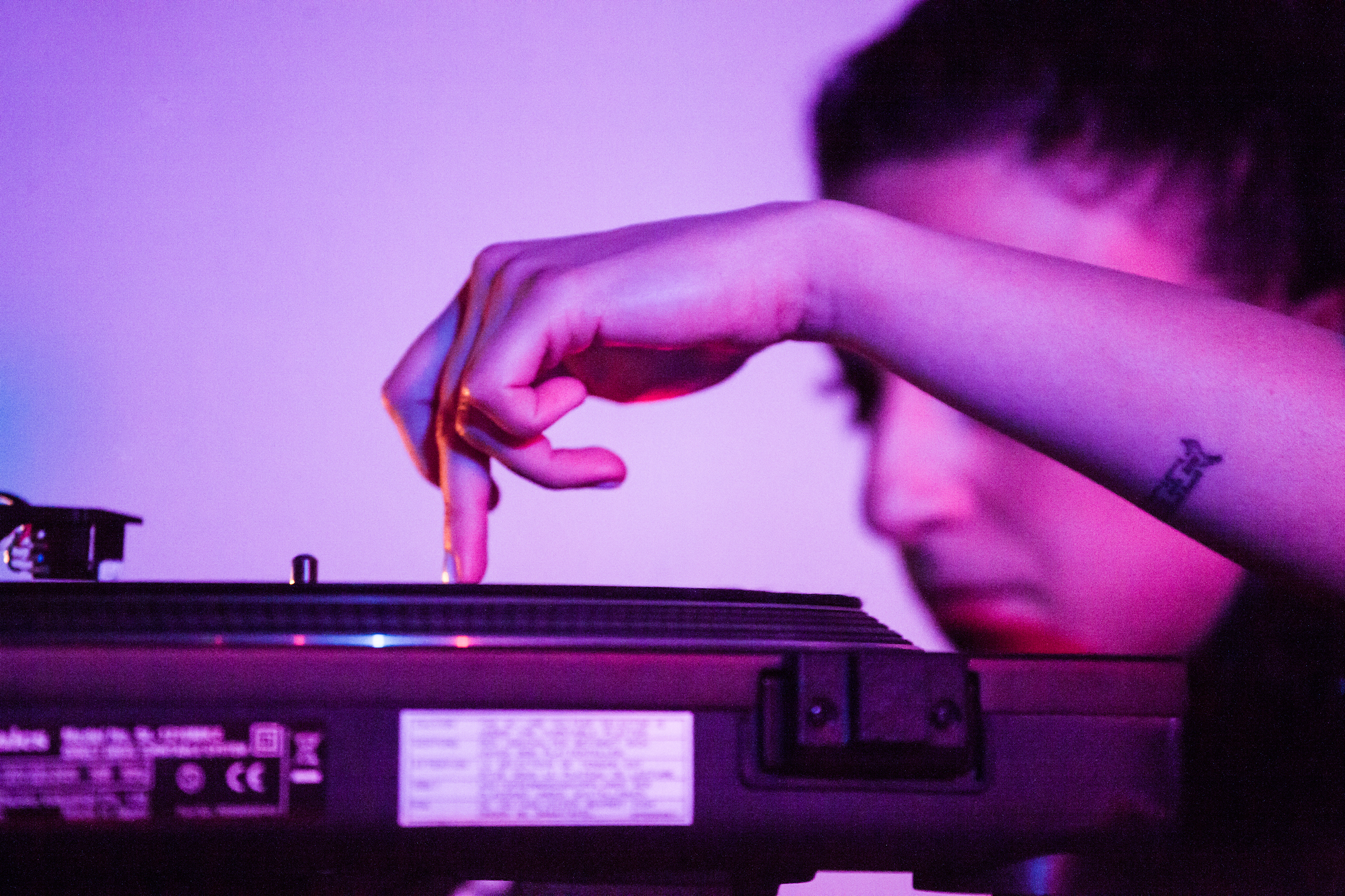 ‘Still Point’, a world premiere of Daphne Oram’s 1950 score, realised by yourself and James Bulley, opens the Southbank Centre’s DEEP∞MINIMALISM festival on June 24 at St John’s Smith Square. This unique and as yet unperformed work is thought to be one of the first examples of an orchestral composition for recorded sound and live electronics. It seems like a project destined for you…?

Yes, it really felt destined, like a calling really, considering my specialist skills are in orchestral composition and analogue electronics/turntabling. I went to visit James in the Goldsmiths Oram Archive a few years ago as I was getting to know the work of Oram at the time. James takes care of the archive and has done so for 5 years. Still Point was in the archive in a box full of loose sheets of manuscript. James showed me the box and suggested this could be the first work ever written for live electronics but still unperformed. When I realised this was a piece for turntables and orchestra I felt quite overwhelmed. I will never forget that moment. I promised James I would find this piece its world premiere, and the next day on NTS radio I promised him again live on air. I was working with Oliver Coates at the time and I talked in passing to him a few weeks later about how I wanted to persuade an orchestra to perform ‘Still Point’ and he programmed it immediately for this festival! I could see the impact the piece and its story had on him; I knew the Oram spell had been cast!

You have composed the turntable part of the piece based on your own intuition and understanding of Oram’s musical aesthetic; what responsibility do you feel towards Oram and the legacy of her work when re-interpreting ‘Still Point’ for a modern day audience?

I feel a massive responsibility. Remember that the turntable writing is derived completely from the live orchestral score so I haven’t introduced any new material as a composer, rather I manipulate the material that is already there. I have purposefully worked in a way where you can’t decipher where my work starts and Oram’s work ends. This remains a piece by Daphne Oram completely, not a re-working.

When I was constructing the orchestral material I was thinking constantly about what Oram would do in 1949, but when I’m working on the turntable part I’m thinking “what would Oram do if she was working in collaboration with me as a performer/turntablist in both the present day and in 1949?” Like a double story.

Both the story of Still Point’s realisation as well as the essence of the piece itself is about parallels and doubles: double orchestra; 1949 vs 2016; the live orchestra vs the recorded orchestra within the turntable manipulation etc etc. The piece is all about parallel worlds that move and evolve. I am starting to feel that to complete the concept of the work, Oram somehow had it planned for a world premiere so long in the future! The piece was beyond groundbreaking for 1949; it was futuristic. It really has been a mind-bending experience.

The world premiere performance is being recorded and broadcast live by NTS radio – how have you prepared technically for the broadcast?

James, the LCO and I have chosen a highly specialist team of recording engineers to bring this piece to life in collaboration with NTS, both for the live audience as well as online. I came across ‘Still Point’ when researching my NTS show on Daphne Oram, so it is great that the piece has come a full circle.

The record cutting process is the part I am most excited about, as we will be cutting dubplates in rehearsal directly as the orchestra plays, using a 1950s lathe run by sonic-scientist Aleksander Kolkowski). It will be a rare experience.

‘Still Point’ predates the work of an entire generation of composers and artists in its radical use of live electronics including turntable manipulation and sampling with live orchestra. How is it that Daphne Oram was creating music in the 1950’s that was so far ahead of her time?

Daphne Oram trained as a classical composer in her teenage years and then declined any further formal university education in composition – which was rare for that era. Instead, at the age of 17 she went on to work as a mix engineer for the BBC. Her environment was different and unique to other composers; she was a music-balancer for the BBC Proms during WW2, shadowing the live orchestra with recorded vinyls of the orchestral symphonies that were being performed. If there were air-raids and the orchestra had to stop playing during a live broadcast Oram would seemlessly mix in the vinyls, which was like a highly specialist form of engineering and DJ-ing. That, mixed with her composer’s mind meant she could come up with such a revolutionary work.

If you could describe your work on ‘Still Point’ in 4 words, what would those words be?

Still Point by Daphne Oram, realised by James Bulley and Shiva Feshareki, with the LCO, receives its world premiere on Friday 24 June at St John’s Smith Square, as part of the Southbank Centre’s DEEP∞MINIMALISM festival.