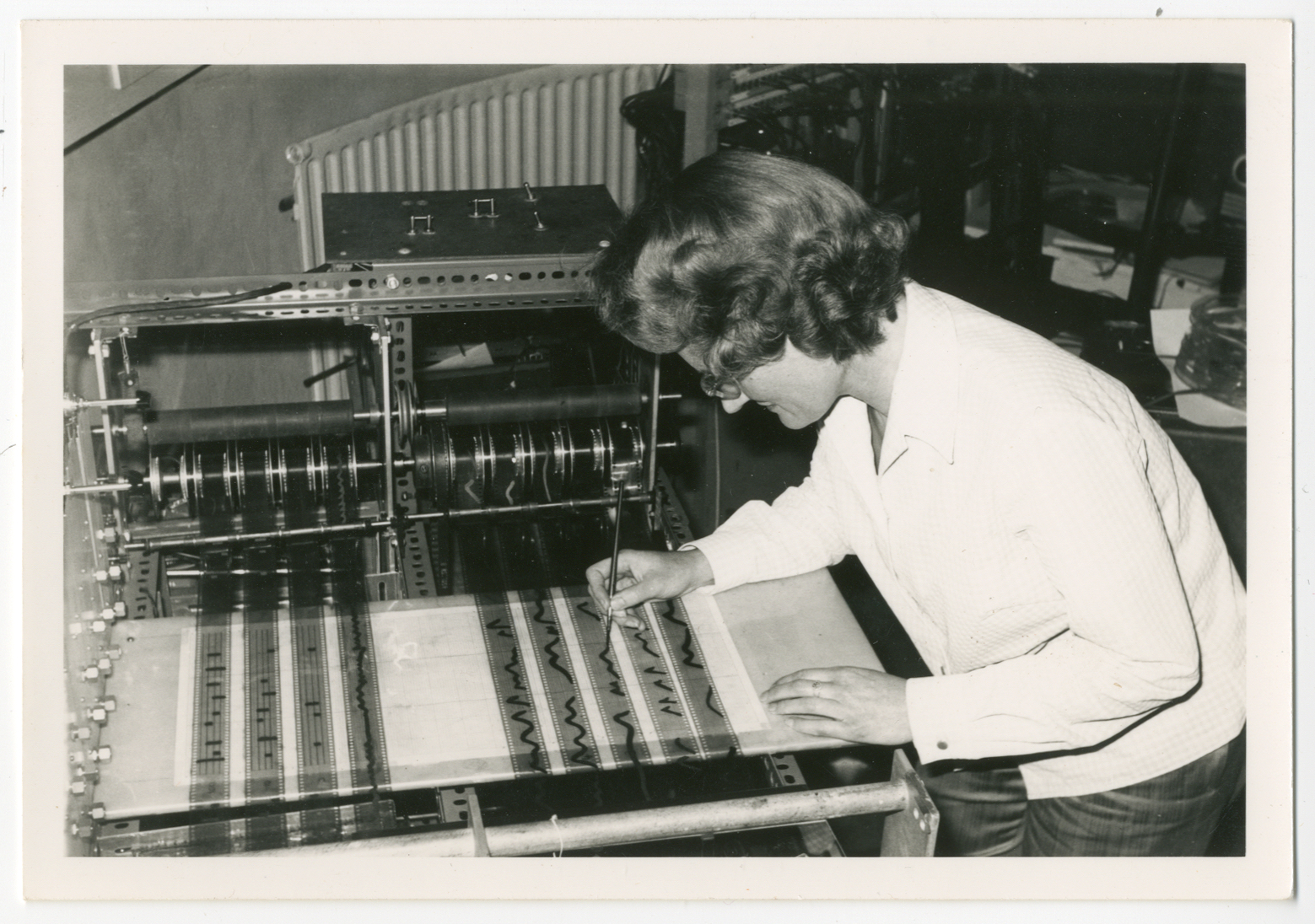 In 1948, whilst working as a radio programme engineer at the BBC Daphne Oram began work on a new and highly innovative symphonic piece entitled ‘Still Point’. Completed in April 1950, it was submitted to the BBC for the Prix Italia only to be turned down on the basis that the adjudicators wouldn’t understand the “acoustic variants and prerecording techniques” utilised.

Here we talk to artist and composer James Bulley about the complexities of reconstructing ‘Still Point’ from fragments of original score, and the how he’s preserved the integrity of Oram’s work whilst bringing it to a contemporary audience.

You’ve been extensively researching at Goldsmith’s Daphne Oram Archive for the last year in order to realise this world premiere of ‘Still Point’ on Friday June 24. What drew you to Oram’s work initially?

The sheer inventiveness of her compositional technique, the way there wasn’t any medium or experiment she wouldn’t try in order to further her practice. Her archive was really what drew me in to start with… it is incredibly consummate, almost as if she knew that in future decades people would be poring over her notes, research, draft compositions and correspondence for an insight into the ways she was thinking at different times in her life.

How did the collaboration with Shiva come about; who first suggested bringing this piece to life?

Collaborating with Shiva has been wonderfully natural. She came to visit me one day at the archive to have a look around. I showed her Still Point, and the work I’d been doing to begin piecing together the hundreds of pages of draft manuscript (and explained how hard it would be to realise it!) Shiva immediately decided that the work had to be performed; a few weeks later she called and said the piece had been commissioned and from that point to now we have been working together constantly on it.

The final copy of the score to ‘Still Point’ has been lost since Oram’s death, and you’ve been working from the detailed pencil draft pages remaining in her archive. What responsibility do you feel towards Oram and the legacy of her work when rebuilding this incomplete score piece by piece?

A huge responsibility – Oram was a wonderful composer, full of inventiveness and ingenuity, and for a variety of reasons this has only recently begun to be recognised. Still Point was one of her earliest works, and it is astounding, especially given her age and situation at the time. It is vital to us that we maintain the integrity of the work and that in all aspects we are as accurate to her intention as possible. It is important however to recognise that all performances of works are interpretations on one level or another. This is why we consider the piece a ‘realisation’ of Oram’s work. ‘Still Point’ was never performed at the time, and there are aspects of the concept that Oram may well have had to change if she had gone through the process of performing it. We have aimed to ensure that Oram’s influence dominates constantly, but where we have felt it necessary, our input has come to the fore.

Oram’s use of live electronics, turntable manipulation and sampling a live orchestra was radical. How is it that she was creating music in the 1950’s that was so far ahead of her time?

Oram was incredibly strong willed – often making things happen that her peers would have given up on. Throughout her life she took inspiration from an original copy of Francis Bacon’s 1627 utopian novel ‘New Atlantis’, and its musings on a futuristic sound world. She had an incredible imagination, fired by a passion for futuristic thinking and the breaking down of boundaries.

If you could describe the process of rebuilding this work over the last year in 4 words, what would those words be?

Still Point by Daphne Oram, realised by James Bulley and Shiva Feshareki, with the LCO, receives its world premiere on Friday 24 June at St John’s Smith Square, as part of the Southbank Centre’s DEEP∞MINIMALISM festival.