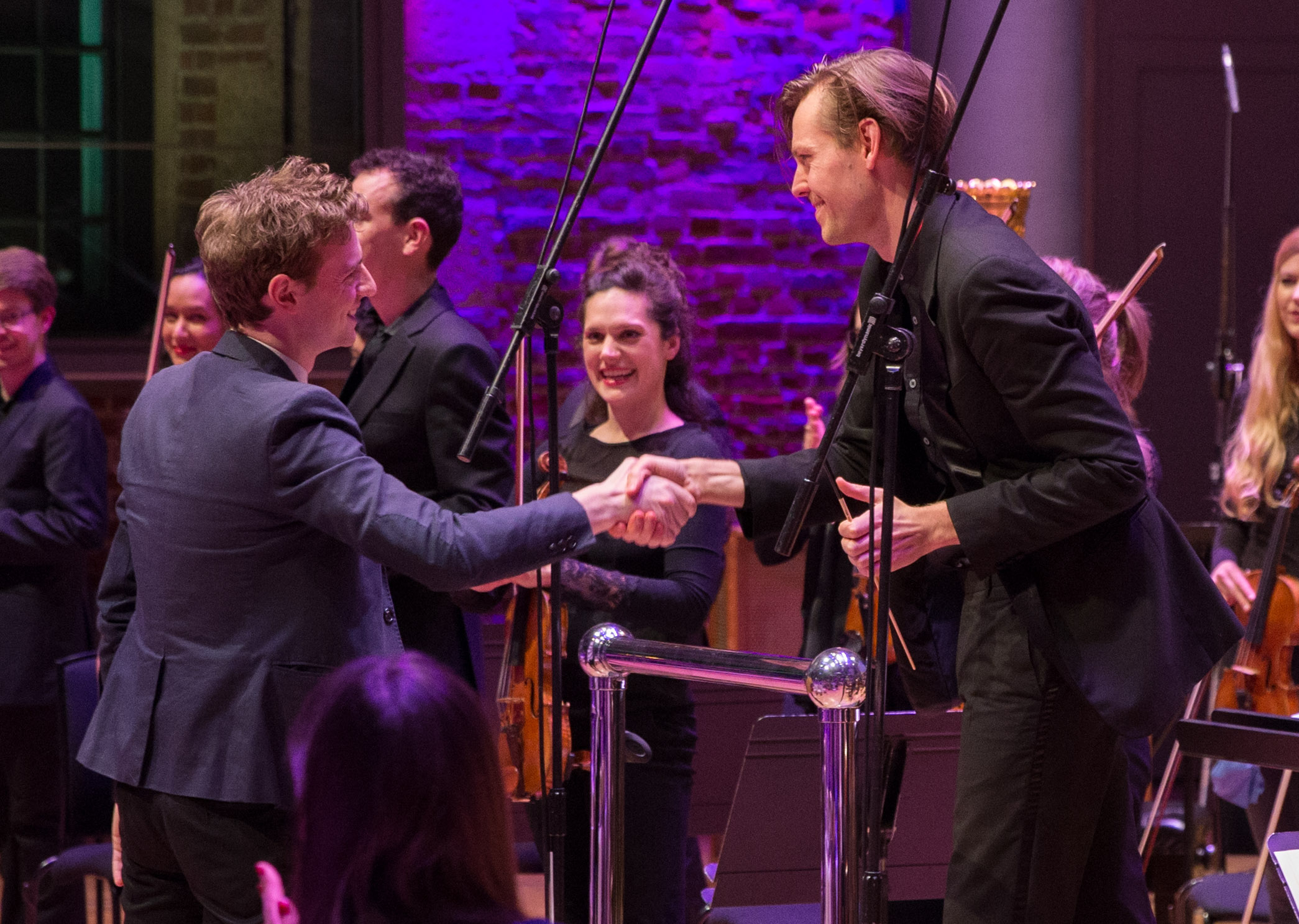 Today the LCO announces that co-Artistic Directors Robert Ames and Hugh Brunt are to take up the role of co-Principal Conductor, effective immediately

Robert and Hugh established the LCO in 2008 and have since collaborated with artists as diverse as Actress, Radiohead, Vivienne Westwood and Terry Riley; recorded soundtracks to BAFTA-winning and Academy Award-nominated films; and performed at leading venues and festivals nationally and internationally. In 2015 the LCO won the Ensemble category at the Royal Philharmonic Society Music Awards, and Robert and Hugh together received the h.Club 100 Music Award, recognising the UK’s most influential creatives.

So far this year Robert has conducted the LCO in the world premiere of Daphne Oram’s Still Point at the Southbank Centre’s DEEP∞MINIMALISM Festival, Radio 3’s first Open Ear live broadcast from St John at Hackney, and Jonny Greenwood’s string arrangements on Frank Ocean’s new releases Endless and Blonde. Away from the LCO Robert regularly appears with the Symphony Orchestra of India, State Orchestra of Kazakhstan and keeps a busy schedule performing chamber and solo music as a violist. www.robertames.co.uk