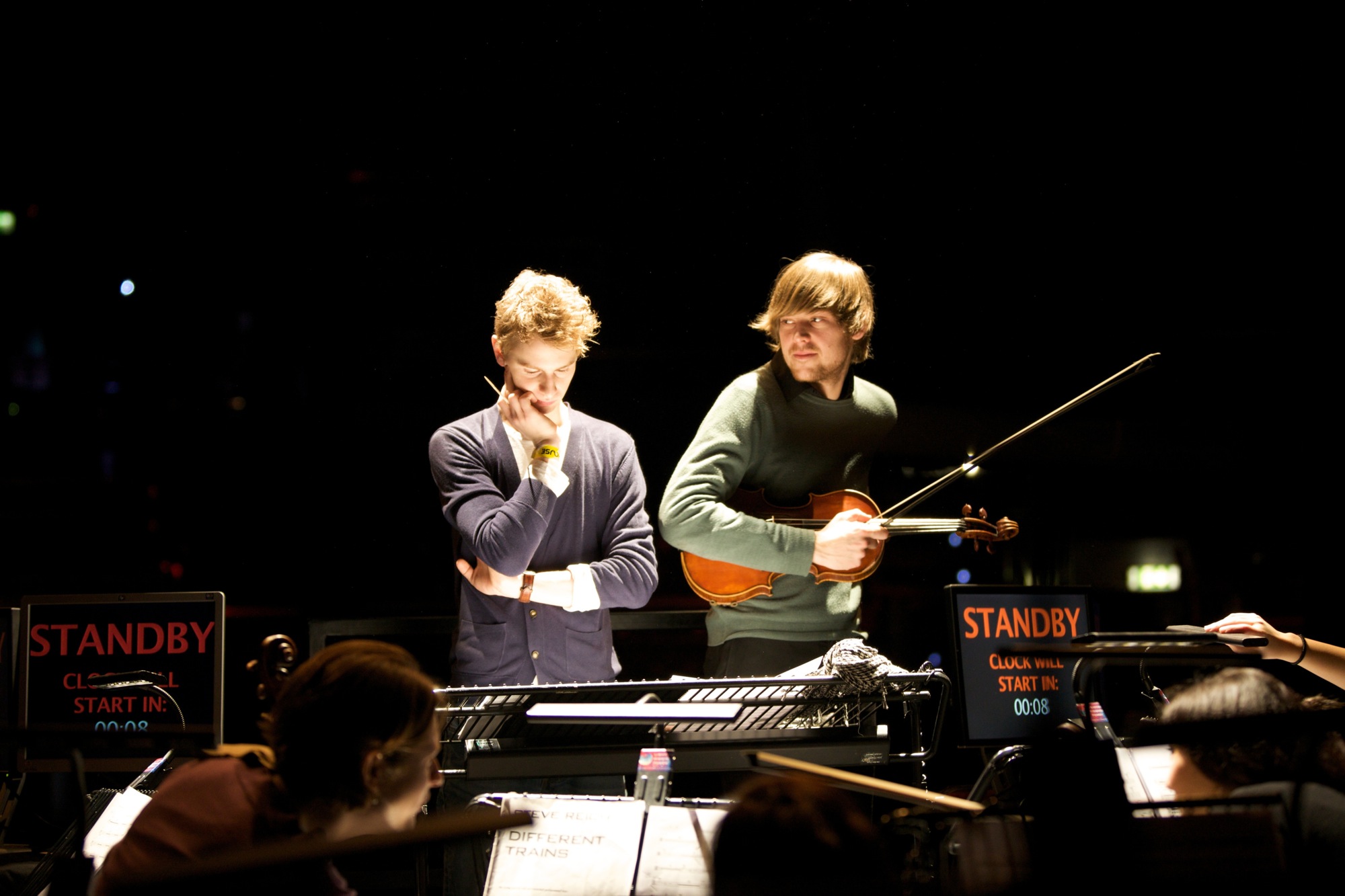 An advocate of new music, Robert has worked closely with many of today’s finest composers, including Sir Peter Maxwell Davies, Pierre Boulez, George Benjamin, Sir Harrison Birtwistle, Jonathan Cole, and Mark-Anthony Turnage. Robert performs regularly as a soloist and chamber musician. Recent highlights include a critically acclaimed performance of Colin Matthew’s Four Moods at the BBC Proms, John Woolrich’s Ulysses Awakes at the Roundhouse and a performance of Morton Feldman’s The Viola In My Life 2 at The Old Vic Tunnels. Robert is a founder member of the Gagliano Ensemble with whom he performs regularly in the UK and abroad. www.robertames.co.uk

Hugh Brunt was a choral scholar at New College, Oxford, where he read Music.  In addition to his work with the LCO, Hugh has worked with the Britten-Pears Composers Ensemble (Aldeburgh Festival), Southbank Sinfonia, Holst Singers and Rambert Dance Company, and collaborated with artists including Imogen Heap, Foals and Jonny Greenwood. Recent engagements include Mike Figgis’s Just Tell The Truth (Deloitte Ignite 2011) at the Royal Opera House, and a critically acclaimed performance of Grisey’s Vortex Temporum at the Spitalfields Music Winter Festival. In Europe, Hugh has performed at the Musikverein, Vienna and assisted at the Mariinsky Theatre, St. Petersburg (Thomas Adès’s Powder Her Face). Future projects include the Nouvel Ensemble Contemporain. www.hughbrunt.com

Edmund Finnis writes music for concert halls, film, dance-floors, installation and choreography. Amongst his varied output he has composed for the London Symphony Orchestra, London Sinfonietta, Sibelius Academy Symphony Orchestra (Helsinki), New College Choir Oxford, Paul Silverthorne, Isafold Chamber Orchestra (Reykjavik), Elysian Quartet, and players of the BBC Symphony Orchestra. Finnis has received commissions from the London Sinfonietta, Spitalfields Festival, Birmingham Contemporary Music Group, and the British Film Institute, amongst others. He conducted the premiere of his string septet, Relative Colour, at Carnegie Zankel Hall, NYC, in 2012, and his quartet Unfolds (2011) has been performed across Europe, at Tanglewood Festival, and in Chicago Symphony Orchestra’s MusicNOW series. In 2012 Finnis was named as a recipient of a Paul Hamlyn Foundation Award for Artists. He recently completed an AHRC-funded doctorate at the Guildhall School of Music & Drama, having studied there with Julian Anderson and Rozalie Hirs. www.edmundfinnis.com

Daniel Pioro is an English violinist and leader of the LCO. A keen soloist and chamber-musician, Daniel actively promotes new music as well as staying true to the virtuoso repertoire that inspired him to begin playing at the age of four. He has worked closely with the acclaimed author Michael Morpurgo, a collaboration that has created the Storyteller’s Ensemble, a group of musicians devoted to the written word. As a teacher of improvisation at Dartington International Summer School since 2011, Daniel has improvised on stage with members of the LCO, Mr. Underwood, Mira Calix and Jonny Greenwood. Working with the LCO, as well as collaborating with groups such as the London Sinfonietta and CHROMA, has taken Daniel further into the contemporary music world and he continues to perform as both a part of a classical duo – with the violinist/violist Charlotte Bonneton – as well as a soloist, most recently with the Orchestra of St. John’s, the London Philharmonic Orchestra and the LCO. Daniel plays on a violin by Christoph Götting.