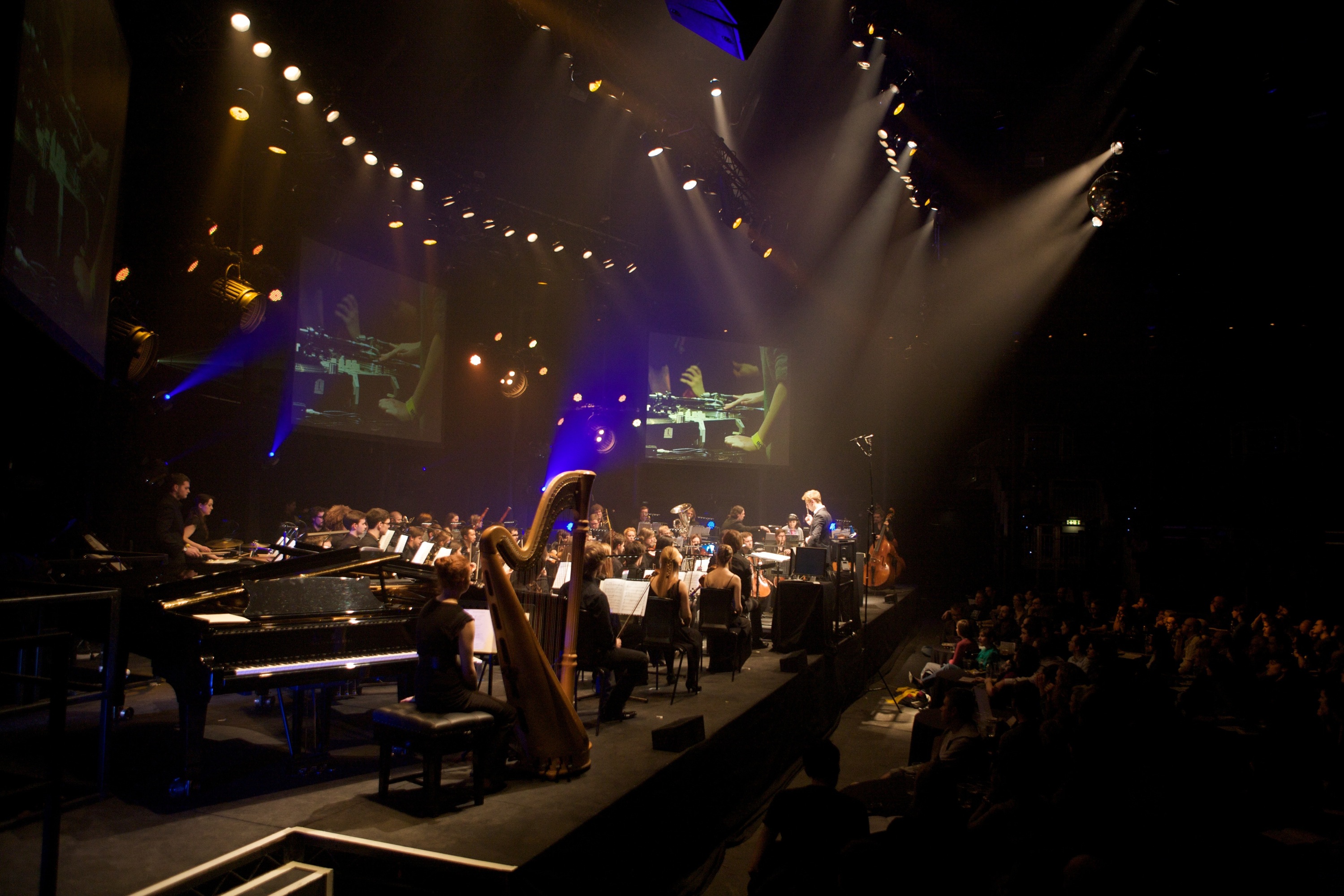 Winner of the Ensemble category at the Royal Philharmonic Society Music Awards 2015, the London Contemporary Orchestra has established itself as one of the UK’s most innovative and respected ensembles – promoting the best new music and cross-arts collaborations to an increasingly wide audience. Formed in 2008 by co-Artistic Directors Robert Ames and Hugh Brunt, the LCO has collaborated with a distinguished array of composers, artists and brands, including Radiohead, Secret Cinema, Actress, Vivienne Westwood, Jonny Greenwood, members of Arcade Fire, Boiler Room, Goldfrapp, Nike, Terry Riley, Beck and Foals. Highlights include sold-out performances at the Roundhouse, Southbank Centre and Barbican; There Will Be Blood: Live; the critically-acclaimed site-responsive series Imagined Occasions; and live broadcasts on BBC Radio 3. The orchestra’s soundtrack output features The Master, Theeb, Slow West and Macbeth, and the LCO strings and choir feature prominently on Radiohead’s 2016 album A Moon Shaped Pool.

“…a grass-roots perspective and a wide-eyed enthusiasm that could only exist in an orchestra run by young people for young people.” Classical Music Magazine